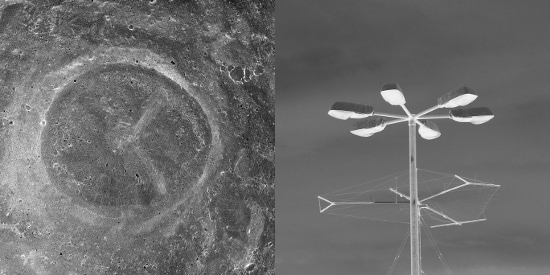 WITH THE WIND
by TIME INVENTORS’ KABINET radio

in september 2011, members from of TIME INVENTORS’ KABINET (TIK) met in bratislava for another week of collective research on radio as a tool for investigating alternate traces of time.
this time, we went with the wind. literally.
for not only our research was guided by the wind, but also our radio transmissions.

the week started with the opening of the exhibition ‘vietor a cas’ (‘wind and time’) in ASIL gallery, Bratislava – directly connected to the radio art week not only because the works presented were about wind, time, sound, and transmission.
among the latter were also two installations of wind clocks built by barb huber, the underwear clock and the laundry clock – both moved by the door’s back draught generated by visitors entering and leaving the exhibition space.
together with other wind clocks built by members of the TIME INVENTORS’ KABINET, these temporary wind clocks were driving the wind time on which the whole TIK radio art week’s schedule was built upon.

while the tiks, taks and toks of wind time – wind seconds, wind minutes and wind hours (thousand tiks being a tak, thousand taks being a tok) – are quite similar to conventional measurement of time, wind clocks are driven by wind and thus directly related to its appearance/absence, force and velocity at place.
the wind clocks built and installed by members of the TIME INVENTORS’ KABINET are connected with a server processing their signals into UTT, a collective wind time output (see: tik.twohead.org).

this hazy time was the basis for our schedule, defining the timetable as well as the duration of our broadcasts.
the programme consisted of pieces handed in by artists who had answered our call for radio art about wind and time, plus live transmissions with musings and talks as well as presentations of pieces and work in progress produced on site in bratislava.

WITH THE WIND is based on two pieces broadcasted during our third transmission on wind day 12, 09:00:00 – SPACE IN BETWEEN, a sound walk reflection by martina kedrova, and DOUBLE FROZEN WIND KABINET, the transformation of a transformation of a live piece by norbert math.

TIME INVENTORS’ KABINET (TIK)
is a collaborative artistic research project at the intersections of ecology, art, and media,
taking an ecological approach to observing patterns in time and time control systems.
find out more about TIK at www.timeinventorskabinet.org 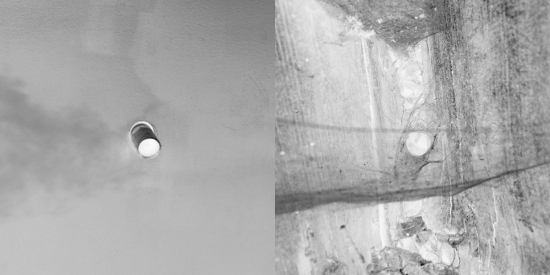 credits:
special thanks to all radio active time inventors;
barb huber, matina kedrova and michal cudrnak from col.me for organizing the TIK radio art radio week;
hacklab progressbar (progessbar.sk) for hosting us;
eu culture programme for funding us.
in addition to that, miss.gunst wishes to thank the following artists and sound collectors for additional material that has been used for the post-production of the show:
bent grandfather’s clock based on the sound of a grandfather’s clock recorded by digifish from freesound;
cuckoo clock recorded by morgantj from freesound;
wind created by ERH from freesound;
find out more about freesound at www.freesound.org 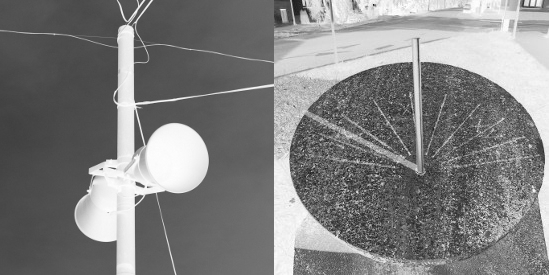 This entry was posted in #27 and tagged radio x. Bookmark the permalink.