Show 563: ‘At The Edge of the Emptiness of All Things’ by Dieter Sperl & Michael Fischer for Radio Helsinki 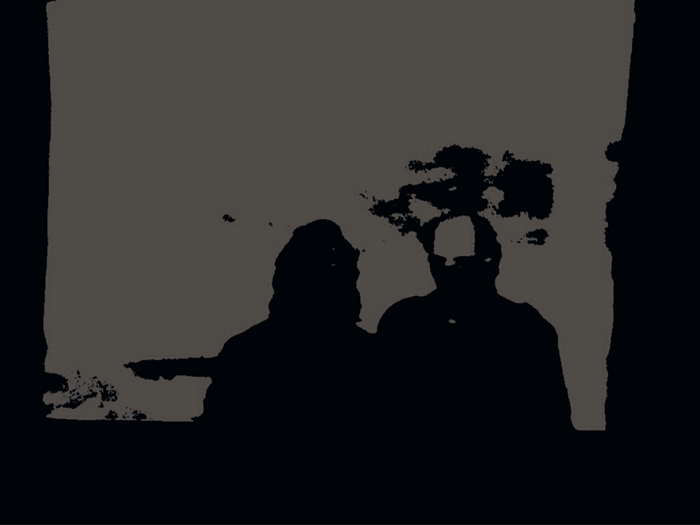 At The Edge of the Emptiness of All Things

For several years now, the saxophonist and instant composer Michael Fischer, founder and director of the Vienna Improvisers Orchestra, and the author and language-performance artist Dieter Sperl have been exploring poetical-musical auditory spaces in a freely improvised interplay of text, sound, and noise. In 2014, the two attempted for the first time an interaction between the feedback saxophone developed by Fischer and the lyrical-philosophical linguistic particles that Sperl extracted from his text-generating machine when the landscape ceases (http://www.hls-software.at/frame_sperl_en.html).

The feedback saxophone is an exclusively analog instrument: a microphone inside the saxophone connected to a speaker near the instrument serves as a tone generator that is modulated by the motion of the instrument’s keys and the musician’s voice. On the basis of resonance and overtone series, multilayered sound and noise sculptures arise. Besides the creation, ordering, and processing of material (attained and to be attained), a network of meanings connected to language and sound is produced, and convergences and divergences in space become audible and experienceable within the flow of time. Sperl, for his part, constantly generates poetic images, thoughts, and scenes, repeating them, abandoning them somewhere or other, taking them up again, and suddenly cutting them off, or he lets them oscillate in his oral space: paradoxes, platitudes, proverbs, idioms, and everyday wisdom are always located in their radius of action between construction and deconstruction, where the Now unfolds its full powers, flaring up for a moment just to disappear again in the next instant, as if they had never existed …

Sperl: “When we play together, I simply sit there and watch what is happening. I plan nothing and let everything happen.”

This entry was posted in #36 and tagged Radio Helsinki. Bookmark the permalink.