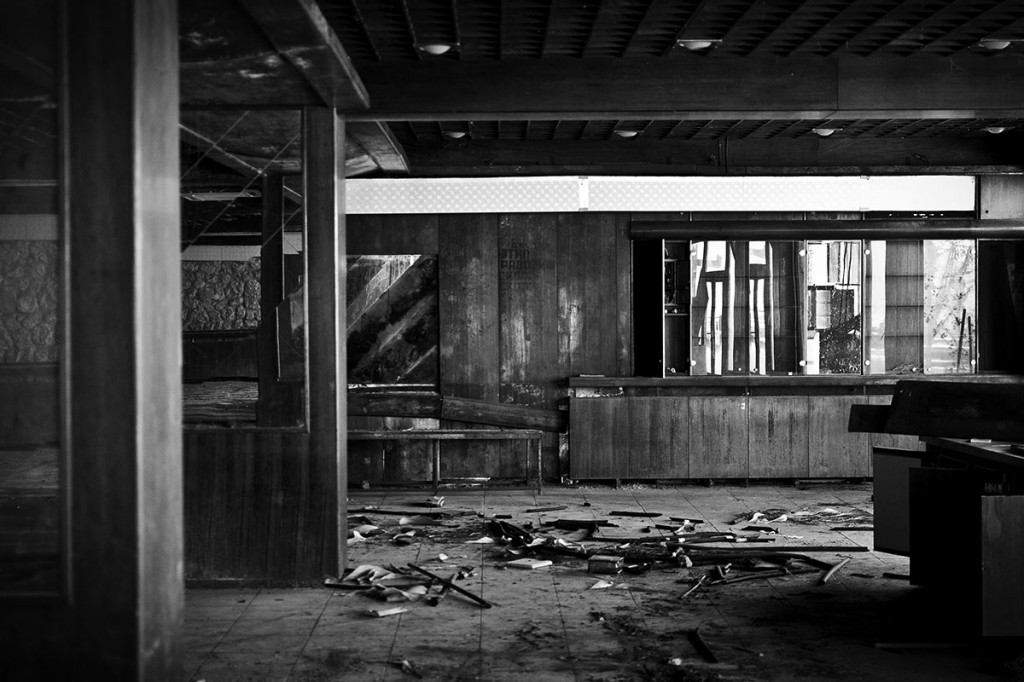 Evropa (Europe) was the main hotel in Oteshevo tourist complex, built around 90s at the end of the socialist era. Rated 5 stars, it was one of the most luxurious hotels in former Yugoslavia and was promising that this region will continue to attract tourists from all over the world. Sadly after just couple of years the circumstances (crushing of the socialist system, corrupted privatization process…) led to closure of the entire complex and today it is just a ghost town. This place brings old memories to lots of people who remember the time when Oteshevo was a big tourist attraction.

A sound recordist, a singer and a photographer gathered and entered this haunted building with an intention. They were capturing photographs and the sound of the space and the surrounding. Did recordings of the beautiful voice of Genoveva singing, catching the natural reverb of the large halls, but also the sound of the huge broken windows scattered around the floors. This is a picture of the atmosphere of that abandoned hotel, corresponding with the current atmosphere of the land with the same name. Close your eyes and try to feel the energy of the environment and the crush of the civilization of the new era. 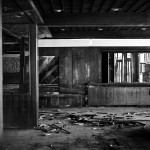 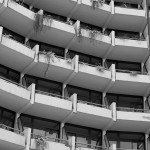 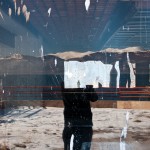 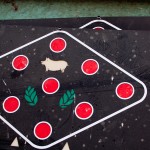 This entry was posted in #32 and tagged Kanal 103. Bookmark the permalink.