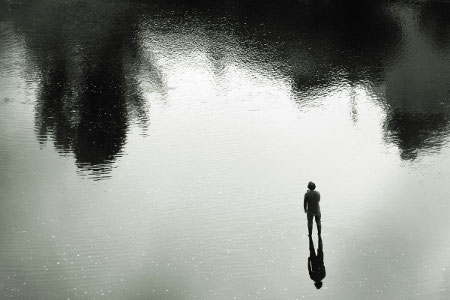 This piece, created by the Binaural/Nodar collective, is a sound narrative about the Paiva River, located in Northern Portugal. This river runs for about 112 Km. It’s spring is near the village of Carapito in Moimenta da Beira Municipality and it ends in the Douro River, near Castelo de Paiva. Not many years ago the Paiva was considered one of the least polluted rivers in Europe and is classified by EU as a Site of Community Importance within the Natura 2000 network.

The Paiva is a mountain river with a rocky bed (granite and slate stone) that can either show its rebellious side (strong currents associated with the seasonal variations of its torrent and with the narrowness and unevenness of its bed in several areas), or gently slide through terraces of agricultural fields, crossing small rural riverside villages that live in close connection with it.

The narrative revolves around the uncertainties that exist about the exact spot where the river starts. You can listen a villager pinpointing the exact locations where different small streams gather to form the river, others discuss different theories and don’t reach any positive conclusion and one lady asserts that the river begins in two different locations: one of them being an hermitage on top of a mountain, the Senhora da Lapa, where people gather in pilgrimage once a year. Other themes are also present: the agricultural use of riverside lands, the names of particular “poços” or depressions where people claim “the river is bottomless”, the locations of the watermills where people used to grind corn and the places where fish was or still is abundant.

The recordings of the river itself are taken from different perspectives: overall soundscapes of different sections of the river and details of the water flow and the local fauna, both recorded above water and underwater.
Binaural/Nodar is will be organizing, from March 4th to 8th, the Paiva River Sound Festival, that will include a series of exhibitions, performances and conferences totally dedicated to the Paiva River and will take place in several venues and riverside locations in the Paiva valley. In particular, around 15 international artists will present the result of the projects they began last year in a series of artist residencies in different locations along the Paiva River. For more information you can visit http://binauralmedia.org or http://paivascapes.org.

This entry was posted in #25 and tagged Rádio Zero. Bookmark the permalink.