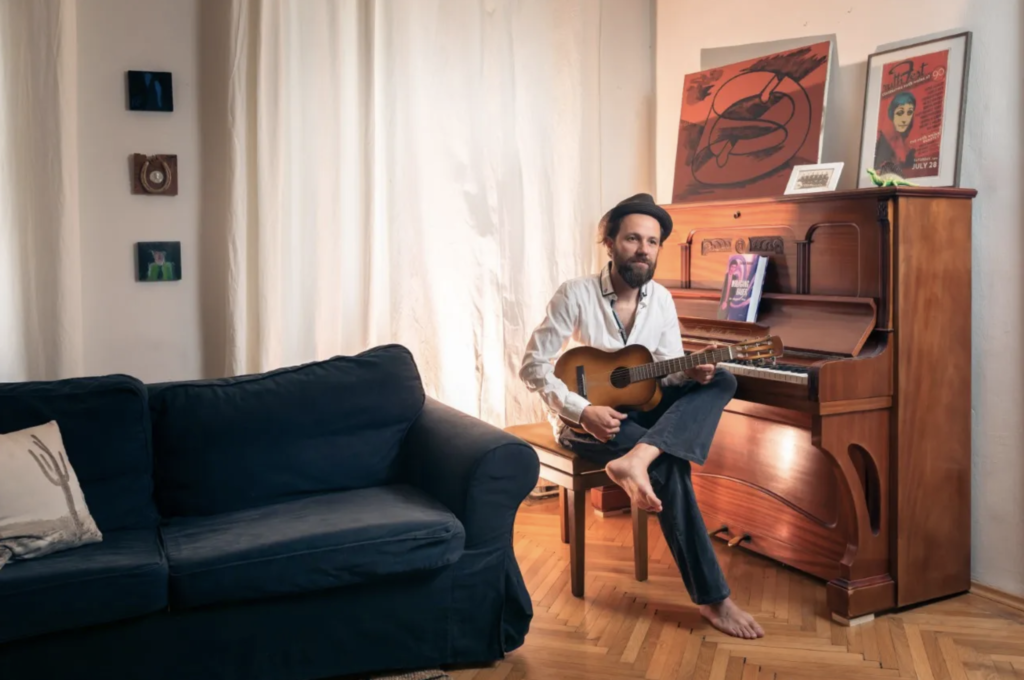 Bob (Musk’s Mushrooms) is a sound collage based around an interview Thomas Antonic recorded while researching the beat generation in the United States and which revolves around topics such as freedom, drugs and conspiracy theories.

Thomas Antonic is an award-winning poet, musician, writer, filmmaker and multimedia artist who holds a PhD in German Literature and Philosophy. He works mainly in the fields of experimental literature, multi-media intersections of poetry, film, music, visual arts, cut-up, improvisation, spontaneous prose and other principles of coincidence.

He has numerous publications to his name, in German and English, most recently: United States of Absurdia or The Glorification of the Golden West (poetry and prose, 2022). Antonic is currently conducting the research project ‘The Transnational Beat Generation in Austria’ at the University of Vienna. He was Visiting Researcher at Stanford University in 2013 and Research Fellow at the University of California in Berkeley in 2014 and 2015. He lives and works mostly in Vienna, Austria. In 2021, he completed his first feature length documentary film, ruth weiss: One More Step West Is the Sea.

This entry was posted in #49 and tagged Radio Helsinki, Thomas Antonic. Bookmark the permalink.