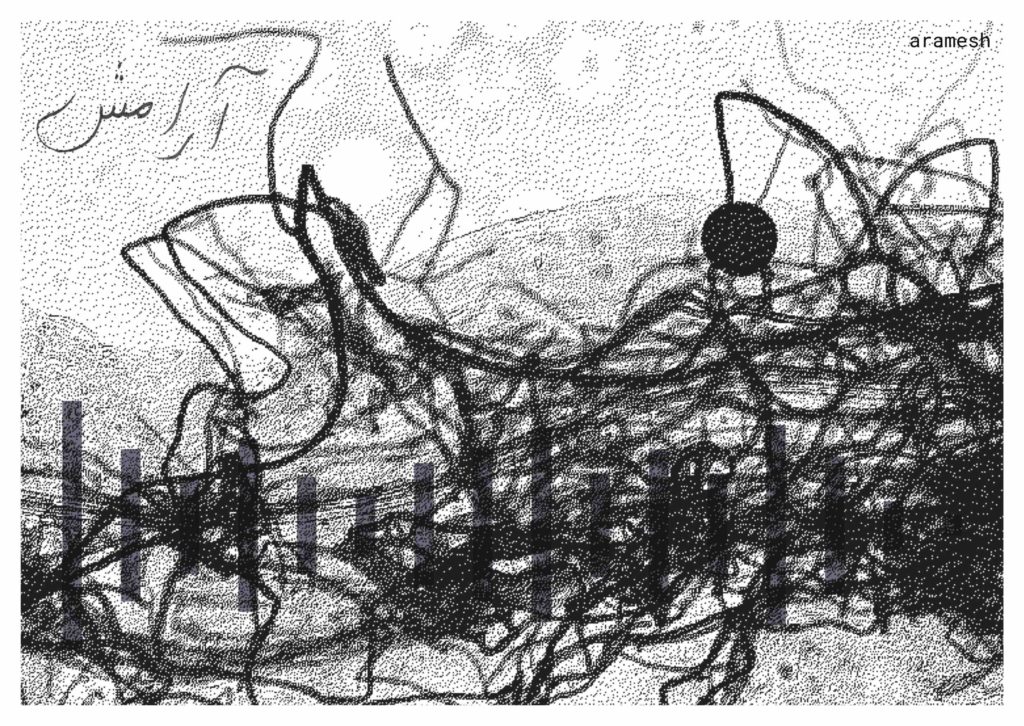 Aramesh – attempts a literary-acoustic examination of sound and the sonic spectrum, violence and war. In partly fictionalised interviews and conversations with people currently living in Vienna on one hand and on the other hand in an electro-acoustic-literary approach in the form of a live radio play with live transmission.

The interviews, which were originally conducted in a decentralised manner in cultural associations, had to be moved to private rooms due to the pandemic. From Nov 2020 Oct 2021 interviews and the development of a composition and a live radio play had been taking place. In addition a joint collective of people of different origins and residence between Armenia, Iraq, Iran, Russia, Germany, Spain, Syria, Austria and the former Yugoslavia came into being.

Some of them conducted interviews themselves for the first time in their lives and the musicians, apart from three who already knew each other, grew into a collective music group that will continue to work in a follow-up project.

The text of the play is based on those interviews and Ursula von der Leyen’s speech “On the State of the European Union” from September 15th 2021. https://ec.europa.eu/commission/presscorner/detail/de/SPEECH_21_4701

A speech characterised by hegemonic ideas and sometimes almost bizarre world views. The radio play is mostly in German and in the respective languages of the interlocutors.

The radio drama was broadcasted live on Radio Helsinki 92.6 – Freies Radio Graz and Radio Orange 94.0 on the evening of October 3rd 2021. It was located on the Danube in Vienna in a concrete arena, called Kaisermühlenbucht. It is a wide area of approximately 100 m diameter
along the Danube river without any basic infrastructure. The elaborate technical set-up itself was a challenge and took the whole day and half the night. The audience had the possibility to listen on the spot or turn on their radio. Therefore, two separate mixes where produced, one for the radio-broadcast and one for the location. The live radio performance was accompanied by an exhibition and a picnic.

By October 2021 most of the citizens of the EU would deny the range of military conflicts on the fringe of our borders, let it be the war in the Ukraine that started on the 24th of February 2022, ongoing pushbacks on our borders or the failure to render assistance offshore.

Aramesh is an artistic work – in the current common sense it is placed in the artistic research field – by Lale Rodgarkia-Dara and designed in a participatory way.

The project team has included the following people (Name | Function): 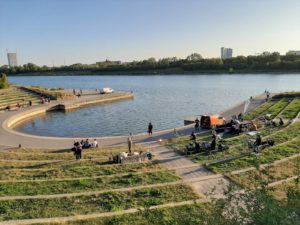 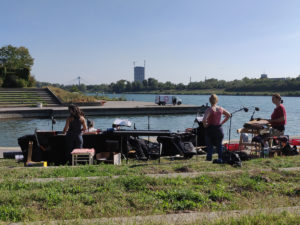 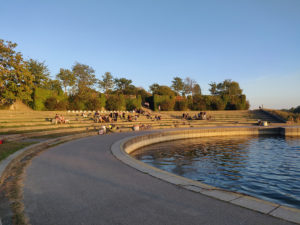 View onto the exhibition and audience (Photocredit: Mutuz Al Kerdy) 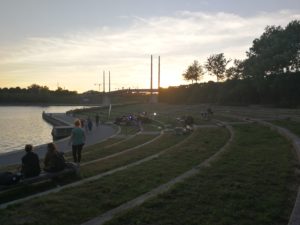 Shortly before the start of the live performance (photocredit: Anna Karner) 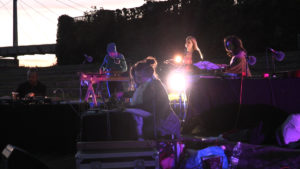 This entry was posted in #48 and tagged Orange 94.0. Bookmark the permalink.