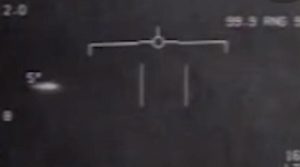 Humans have a history of hurling objects into space. Rockets, satellites, animals, humans, plants, and insects have all graced the skies above the earth. Beyond the occasional launch event where objects are lobbed into the air, signals are constantly beamed into space. Messages, images, and sounds are spread across the electromagnetic spectrum, radiating outward to infinity. A gold-plated record and a Tesla with David Bowie’s “A Space Oddity” also float through the void, waiting for an audience. Who, or what, will be first to listen to our noises, and what will they hear?  This project imagines the interstellar journey of the sonic time capsules carried by objects and waves as they float across the vastness of space.

I am the Edison Phonograph – Spoken by: Thomas A. Edison

Produced April 2022 while in residence at WORM/Klangendum Studio.

Barry Whittaker is a multi-media artist, designer, musician, and Associate Professor of Art at the University of Toledo in Toledo, Ohio, USA.

This entry was posted in #48 and tagged radio Worm/Klangendum. Bookmark the permalink.