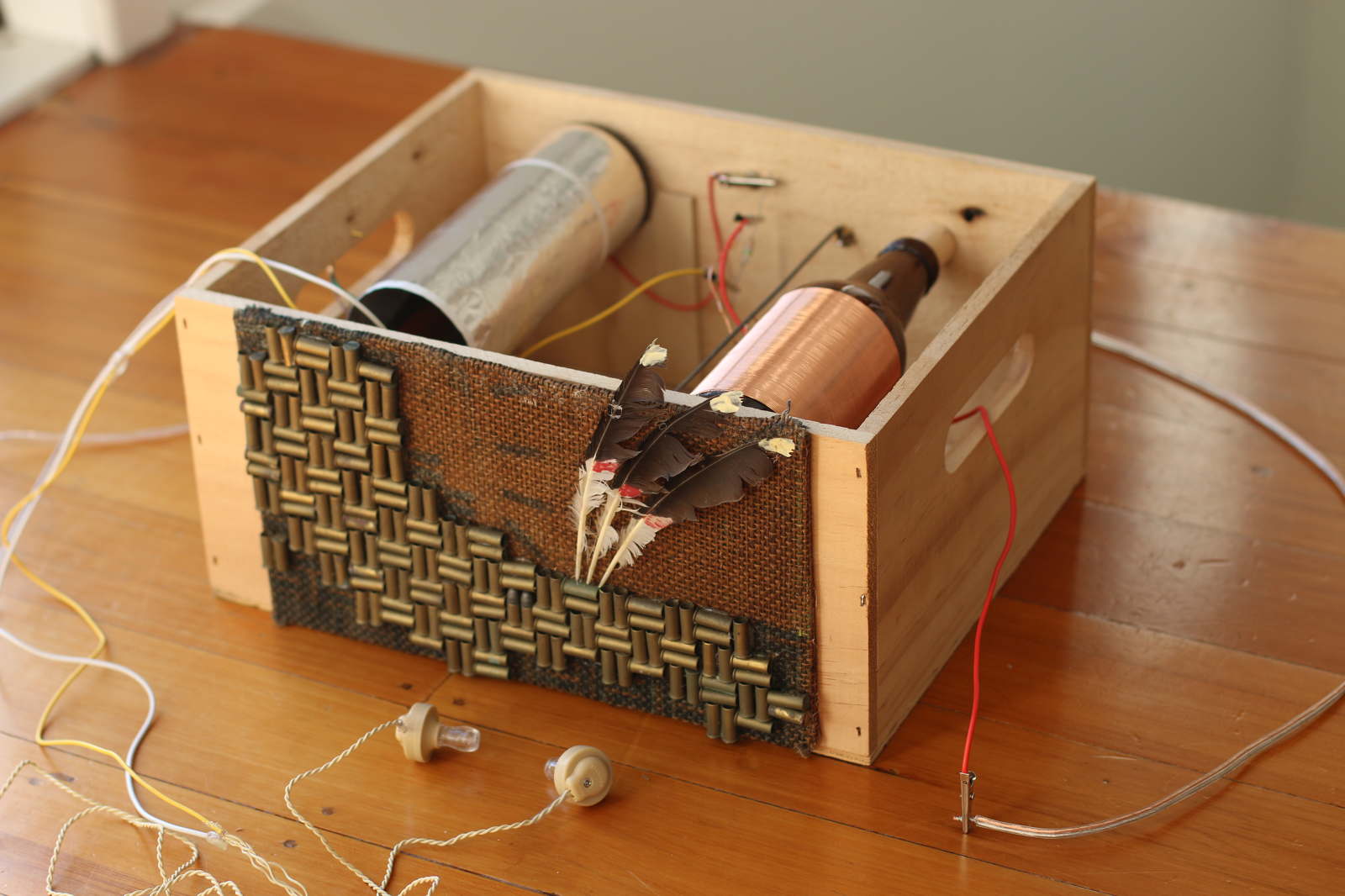 Vera Wyse Munro (1897-1966) was a pioneering New Zealand ham radio broadcaster, improviser, and sonic experimenter. Her primary media were amateur radio broadcasts, Morse poetry, and sono-topographical scores. Via her broadcasts, which were frequently received by amateur radio operators as far afield as the United States and Europe, Munro initiated some of the earliest telematic performances, in which she would perform prepared violin in structured improvisations with other musicians broadcasting from elsewhere in the world. Munro’s work was often necessarily clandestine, as a result of legislation curbing amateur radio activity in New Zealand. As a result of this, as well as the absence of extant documentation about her life and her ephemeral practice, Munro’s work is only now starting to be regarded amidst New Zealand’s cultural history.

this improvisational radio play is part-homage, part-seance, part-instructional score for the home listener. it joins an ongoing series of broadcast re-enactments relating to Vera Wyse Munro by artist and researcher Celeste Oram. here, the radio is a medium through which we channel the lost histories of Vera Wyse Munro’s pioneering radio experiments back into audibility, utilising the opportunity provided by the global reach of the international radia network as a way of calling on radio artists and enthusiasts around the globe to collectively keep vigil on the ionosphere. the hope is to summon the spirit of Vera Wyse Munro by attempting to receive her final radio broadcasts.

This entry was posted in #39 and tagged Radio One 91 FM. Bookmark the permalink.