A closed circuit formed by a loop that exploits the digital technology in VHS and a magnetic field, activated by the magnets of a powered speaker for the diffusion of audio. This system ensures the maintenance of an onanistic process that leads to constant and progressive disruption of the audio and video signal supported by the magnetic tape of the VHS. The residual audio, which gradually loses quality, is channeled into a mixing system and spread through the same audio speakers that degenerate the sound source itself. 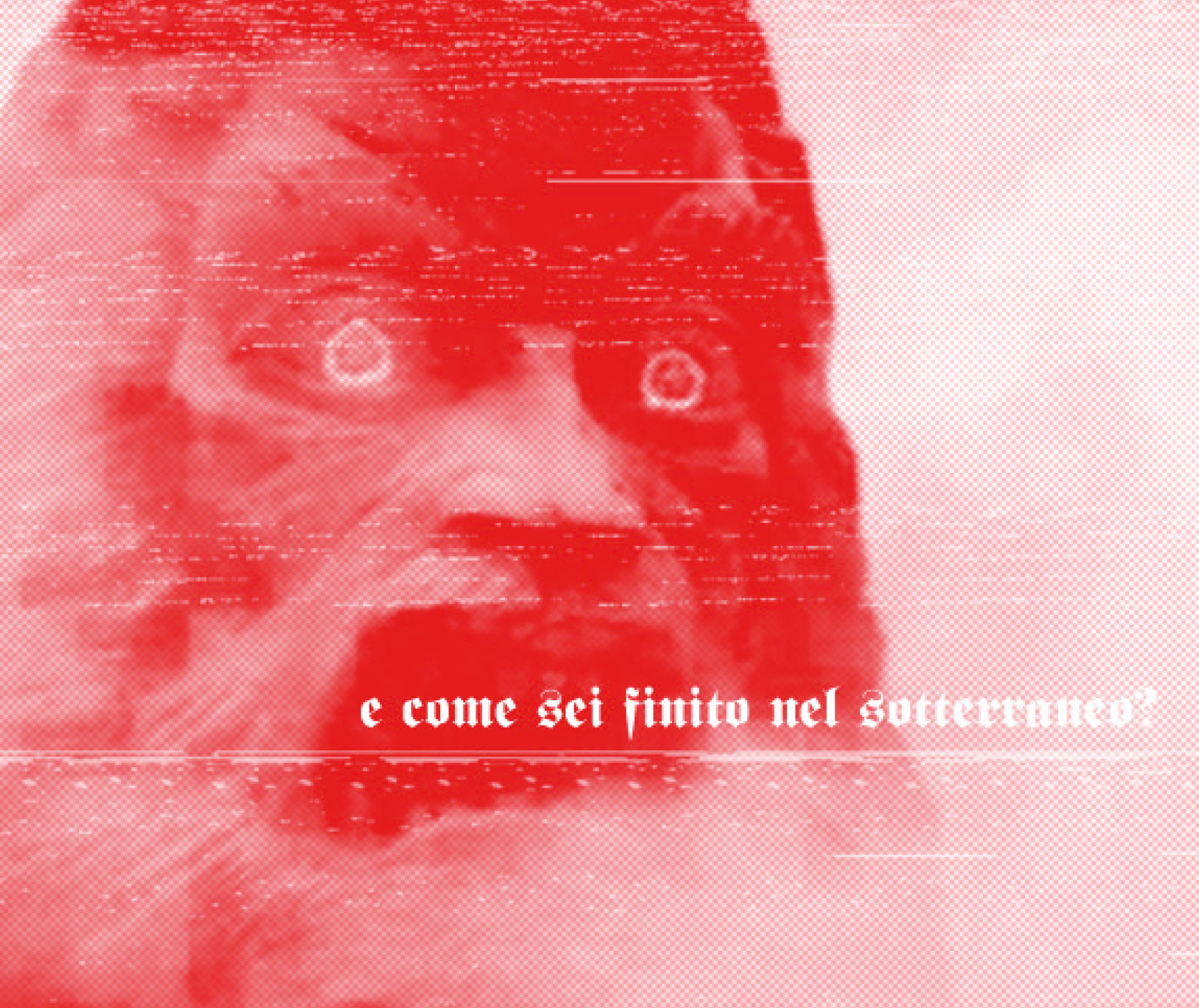 Bio:
Eddie Spanier
b. 50 ° 53 ‘34.66’ ‘N, 136 ° 50’ 12:38 ” E 50 ° 53 ‘34.66’ ‘N, 136 ° 50’ 12:38 ” E
He is an auto-generated intelligence swarm, a dense team of highly-trained space monkeys, skilled and ontologically devoted to artistic do-it-yourself processes, obsolete technologies and retrogaming, technological onanism and hypertrophic mechanical systems, pseudo-scientific dogma, subculture science, conspiracy theories and the former life of L. Ron Hubbard, the Day of Judgment, and popular culture. Eddie Spanier is a gray area, a gray eminence that often conspires against itself, a machine of propaganda and a parasite of free information.

Black Monk
It is a new moniker concealing the other half of the duo Alpin Folks, a musical project that blends the literary references and visual arts related to mountains.
Immersed in electronic listenings he gives space to the compositions of Steve Reich, Terrence Dixon and Helm. His records are a valuable asset for use as connective or degenerative material. Fascinated by the triptych word, sound, images, he works for the first time with Eddie Spanier, making four hands.

This entry was posted in #34 and tagged Radio Papesse. Bookmark the permalink.