Show 491: FROM CHINA by BUTTERLAND for radio x 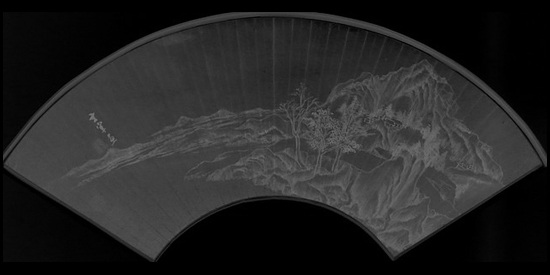 An acoustic field trip through China and Chinese childhood.

“Childhood Stories is an art project with sociological approach: it composes narrations of individuals about their childhood in order to create an authentic image of the social environment they grew up in. Therefore we gather material about childhood in a specific country by using a questionnaire. The answers are anonymized, translated and used as literary material, they are condensed or cut up, then arranged in a dramatic text – that’s Regina’s part. Christian composes the music using field recordings from the respective country. The result is an artistic documentary in form of an audio drama.
Childhood Stories China 2012 gives insight in the 1980s and 1990s in China’s urban middle class.” [R.D./C.M.]

Butterland’s project “Childhood Stories” encompasses so far a radioplay in two different versions (German and English), a CD edition (published by edition fästing plockare in summer 2013), and a multi-channel installation (2013).
The German version of the radioplay “Childhood Stories China” has been awarded with jury’s prize in the category “Experimentelles” at the SonOhr Hörfestival 2014 in Bern, and it has been broadcasted by SWR2 in January 2014.
The radia edit FROM CHINA is based on the English version of the radioplay and comes with a special extra part based on field recordings from China.

Butterland
is the Switzerland based duo Regina Dürig and Christian Müller. Butterland works in the field of story and sound, their poetical and sculptural pieces seek an equal relation between music and literature, a mutual approach to narration and reduction. Christian Müller works as improvising electronic-musician, electro-acoustic bass-clarinettist and composer with a conceptual approach. Regina Dürig writes prose, prose miniatures and texts for music:
Find out more about their projects at www.butterland.ch 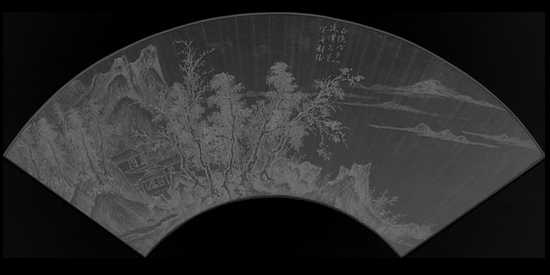 credits:
great many thanks to Butterland aka Regina Dürig and christian Müller for FROM CHINA!
the pictures are based on chinese fan art – more precisely: on photographs of ancient painted fans from china, “Landscape” by Dong Qichang (ca. 1590-1600, upside), “Landscape” by Jiu Jue aka Liu Jue (1438, middle) and “Landscape” by Li Liufang (1624, bottom), all of them today located in the Honolulu Museum of Art and their pictures graciously uploaded by the museum to Wikimedia Commons and credited to the PD. 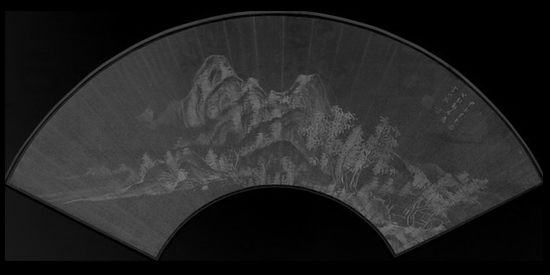 This entry was posted in #33 and tagged radio x. Bookmark the permalink.