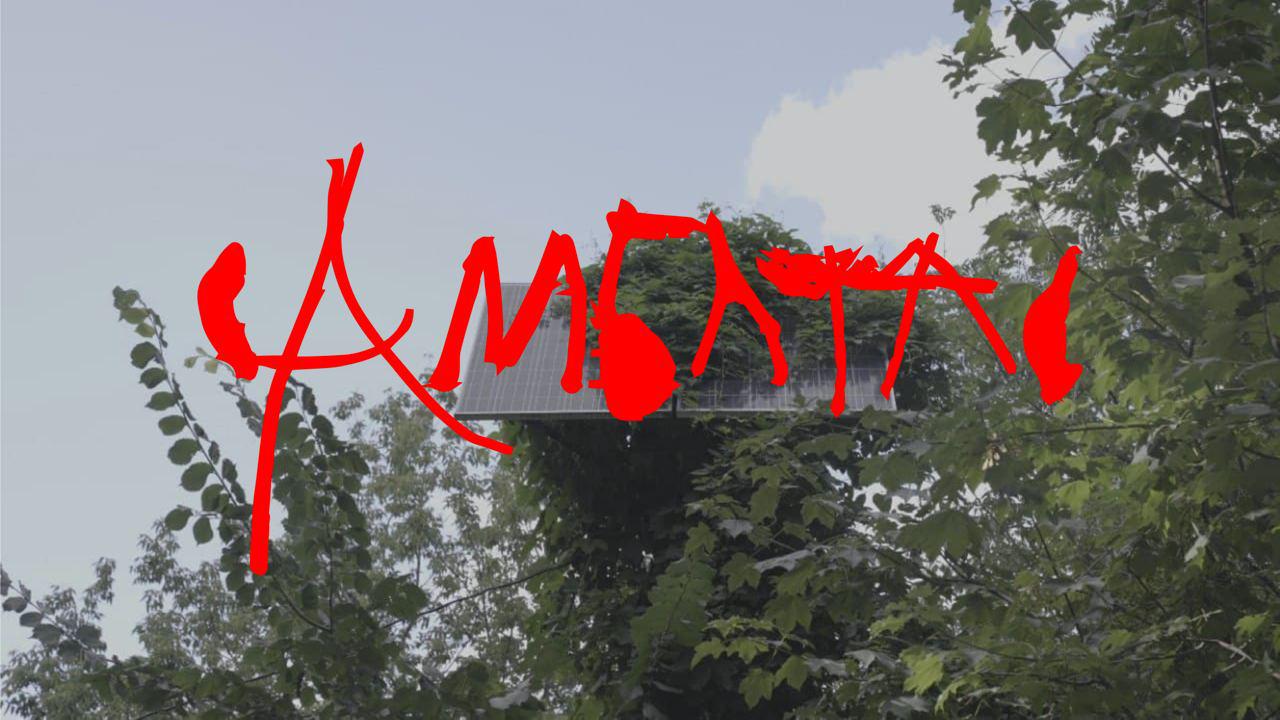 Many other walled towns have been razed to the ground by mighty movements of the earth, and many cities, citizens and all, have sunk to the bottom of the sea.

Sounding Sambatas riffs off of SAMBATAS STAGINGS, an experimental performative project that drew on the imagery of urban ruin to find new ways of using the public space in times of social distancing. It took form as a series of process-oriented, collectively produced performances, readings, rituals, writing sessions and audio transmissions that depart from the poem De Rerum Natura by Titus Lucretius Carus. Opening up the hidden potentials of urban and acoustic space, these practices activated the abandoned ruins in a garden off of Petrivska street in central Kyiv. This process culminated in a public gathering and performance on August 19th, 2021.

Sambatas is alleged to be an ancient city that may or may not have existed alongside Kyiv. Sambatas is thought to have been raised to the ground in the first millennium AD. Today, in the second millennium, a similar fate is threatening certain parts of the city of Kyiv, like the area of Petrivska street that fell prey to a number of landslides. Sambatas Stagings takes place at the site of those landslides to make Lucretius’ philosophies of flux present in contemporary Kyiv.

Sounding Sambatas was produced by Nika Zenova with Red Forest.

This entry was posted in #46 and tagged Reboot.fm. Bookmark the permalink.