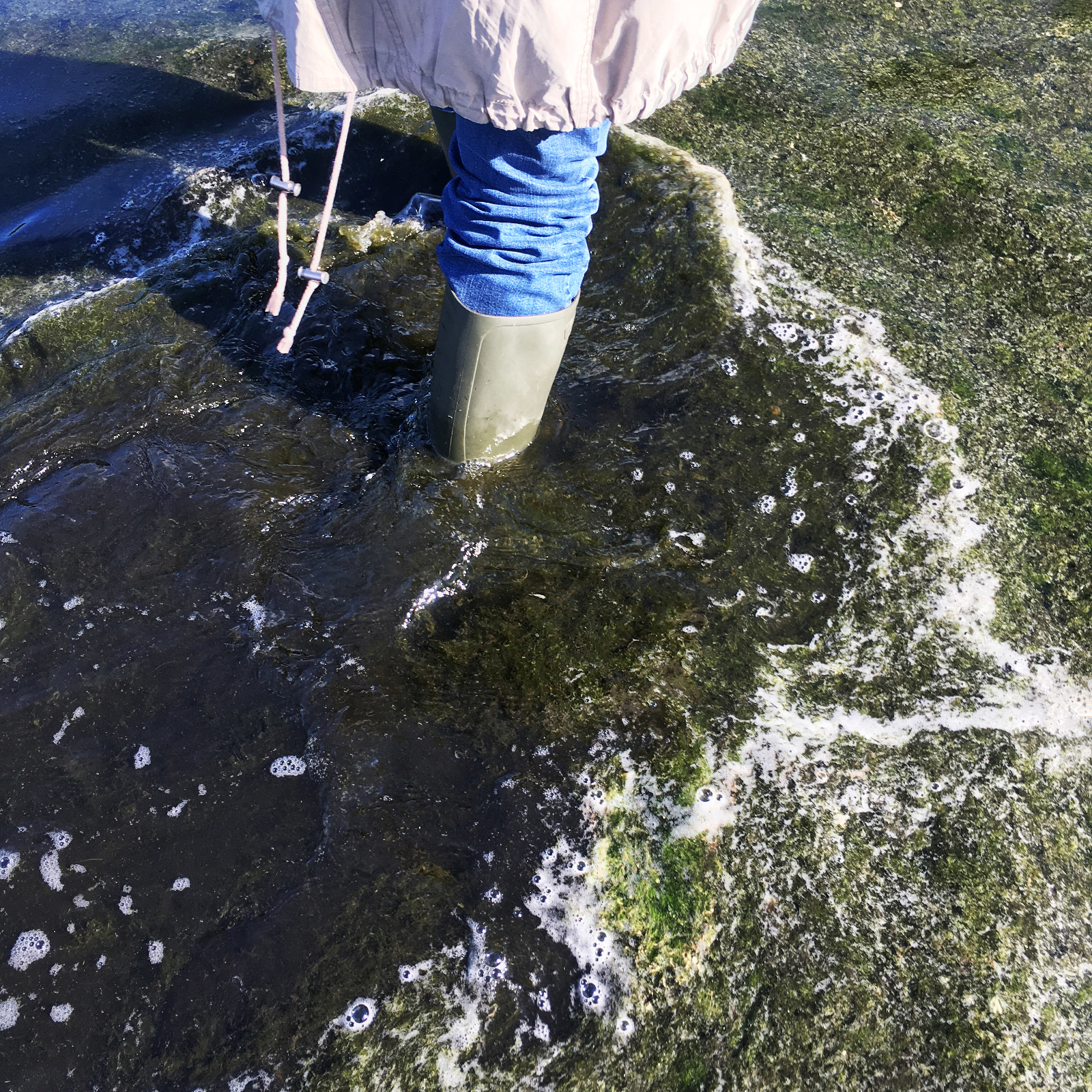 RADIO ECOLOGIES
… is a Radio Art piece by Kate Donovan, 2020, with narration by Molly Donovan Higham.
In this piece, radio is acknowledged as a natural as well as a human-made phenomena, that is interconnected and active across species
and scales. The work asks: How does an expanded perspective impact our imagination of radio in the future?

In the beginning, there was radio.
Some say that there was a quickening, and that the Earth’s core bubbled and burped to release the egg, and that the soft, brittle egg cracked to release the worm – the double worm of two entwined in one – to let it slither out and go underground, to disperse through all the elements and up through the aether, burrowing down and emerging up at the same time.
But the sun and rocks and stars know that there was radio even before that.
And nuclear waste (among other things) will go on to tell our more-than-human successors that there will still be radio, even then.

How can we conceive of an expedition in non-territorial terms? Can we read the signals of our ecosphere? What if a reed turns out to be an antenna? Kate Donovan and Gabi Schaffner venture into the water retention basin of the Tempelhofer Feld, Berlin: at times an idyllic lake, sometimes a swampland the size of a football field, this body of water fluctuates between effective area and dreamscape, biomass and place of retreat.

GABI SCHAFFNER
works as an interdisciplinary artist in the field of visionary documentation, poetics and sound art. Traveling forms a vital part of her artistic practice – as a source for sound and language recordings but also as “a rite of passage” enabling the artist to explore alternative narrative structures. Her works in the field of sound and radio art have been broadcast internationally, including commissions by Deutschlandradio, SWR, ABC Australia and many more. Besides radio she has realized site-specific projects and exhibitions in India, Australia, Iceland, Spain, Finland, France and, most recently, Taiwan. Her collaborative project Datscha Radio – of which Kate Donovan also forms part – won the Award of the Berlin Network of Free Project Spaces and Initiatives 2019.

credits:
great many thanks to KATE DONOVAN & GABI SCHAFFNER for RADIO ECOLOGIES – LOST IN TRANSMISSION!

This entry was posted in #45 and tagged radio x. Bookmark the permalink.