Show 677: RESOUNDING BANGALORE (RE) by GABI SCHAFFNER for radio x 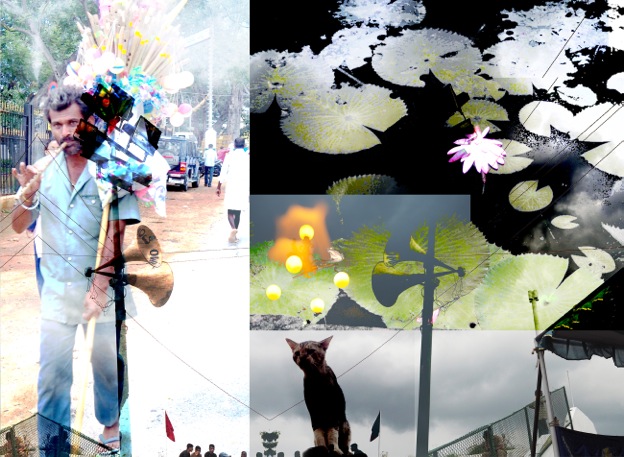 RESOUNDING BANGALORE (RE)
by GABI SCHAFFNER

“Sounds in India are strangely alive! For me, they form autonomous entities: a bell resounding through layers of different memories, the swish of a broom dusting flights of cerebral chambers, a train travelling beyond the boundaries of one’s own biography. ‘Resounding Bangalore’ is a journey in itself and an invitation to cherish an indigenous sound world played back through the ears of a “stranger”…… with no constraints to timelines and topographies.

‘Resounding Bangalore’ was composed on the occasion of an epigynous radio art performance in India, when I was staying there within the frame of the Goethe Institute’s BangaloREsidency in collaboration with the arts and media collective maraa. This radia edit is a slightly extended version of it.”

RE = RADIA EDIT = This piece is a special pre-edit for radia by raw audio.

GABI SCHAFFNER
is an interdisciplinary sound artist, curator, writer and photographer based in Berlin.
Travelling forms a vital part of her work – as a source for sound and language recordings but also as ‘a rite of passage’ enabling the artist to explore alternative narrative structures. Her works in the field of radio art have been broadcast internationally, including commissions for Deutschlandradio, SWR, ABC Australia and many more. In 2012 and 2014, she staged in collaboration with Pit Schultz/reboot.fm a garden radio station in Berlin and in Giessen, Hessia, both featuring international as well as local artists and gardeners. Since 2011 she has been creating several shows for radia.fm.

Find out more about her projects at rawaudio.de and at www.datscharadio.de.

credits:
great many thanks to GABI SCHAFFNER!

This entry was posted in #40 and tagged radio x. Bookmark the permalink.

One Response to Show 677: RESOUNDING BANGALORE (RE) by GABI SCHAFFNER for radio x