This week’s show is the Wiener Radia Kollektives journey into “Austrian Angst”. Listen to a group’s access to our spaces of Angst. And how a collective deals collectively with the collection of individual angst. 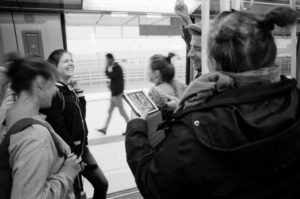 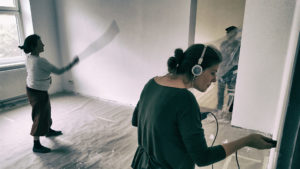 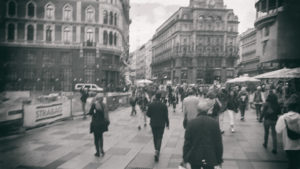 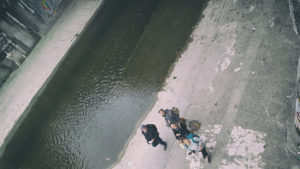 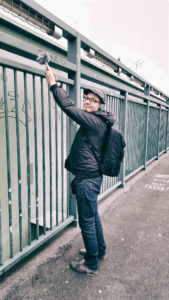 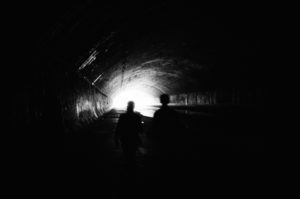 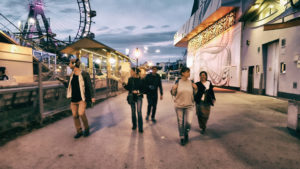 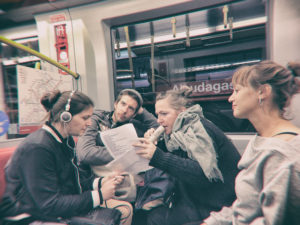 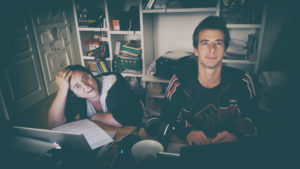 The German language differentiates between fear (Furcht) and Angst (Angst)

Furcht is clearly directed, rooted in our consciences.

We know what we are afraid of, can name it, sometimes, we don’t dare to express it but it is not labeled with a shattering uncertainty.

The Austrian Angst is like the misty evening. Fog between the lines of conscience reception and anticipation. Blurring boundaries. We embody the present, we cannot flee escape from the present. The present is present. We cannot estimate the risks and vulnerability of the threat. We fight, freeze, focus, or flee based on the essence of our temper but between the foggy lines of this present a thought turns into a tree with little shiny fruits of terror.

The Austrian Angst is quiet, a solidification of our breath.  The moment turns into eternity; every scream is inverted into your body that suddenly is the object of angst itself. The outside threat is no longer separated from the inside we merge with this threat from the outside. We cannot do anything to avoid the immediate danger. We react and act in a quiet time-less, space-less sphere.

The picture is never complemented if you only look at one generation, so we borrow other generations, look at our children or argue with  our mothers and fathers. Rage is the soft variant of angst. It might seem aggressive and uncontrollable but in most cases is precludes the arousal of the real feeling. This is Austrian Angst and it means, it treats your body without any shifting, development.

The creation of experience, in fact, involves a degree of forgetting. Austrian Angst offers a huge traditional cake of sweet joyfulness. Every spoonful of this creamy tasteful cake prevents us from this process of forgetting. We detain our memory, sentence it for life. Free floating fear. Uncertainty itself becomes the object of our Angst. We can no longer set any references in time, space, lose the others, our body, our essence. And this angst is merging with desire. For some this means a joyful experience of life.

Transference and countertransference – the Austrian Angst is shiny and frosted at the same time. It is equipped with an insect’s antenna beyond our imagination. A gentle exploration of our manifold selfs, interspecies meetings a wishful exchange of perception, in fact an encounter of death.

Flow is the Antagonist of Austrian Angst. Flow shuts out this indescribable boredom of the Austrian existence. We cherish this fadesse, the tedium sticks our soul together. Our senses are integrated in the eternal conjunctive. The terror of our soul is the vital life others might have. We stare in envy. No single sign of shame, we are proud of this fadesse. Resonance with it.

You were listening to Austrian Angst. A show by the wiener radia kollektiv, Vienna 2017.

This entry was posted in #39 and tagged Orange 94.0. Bookmark the permalink.