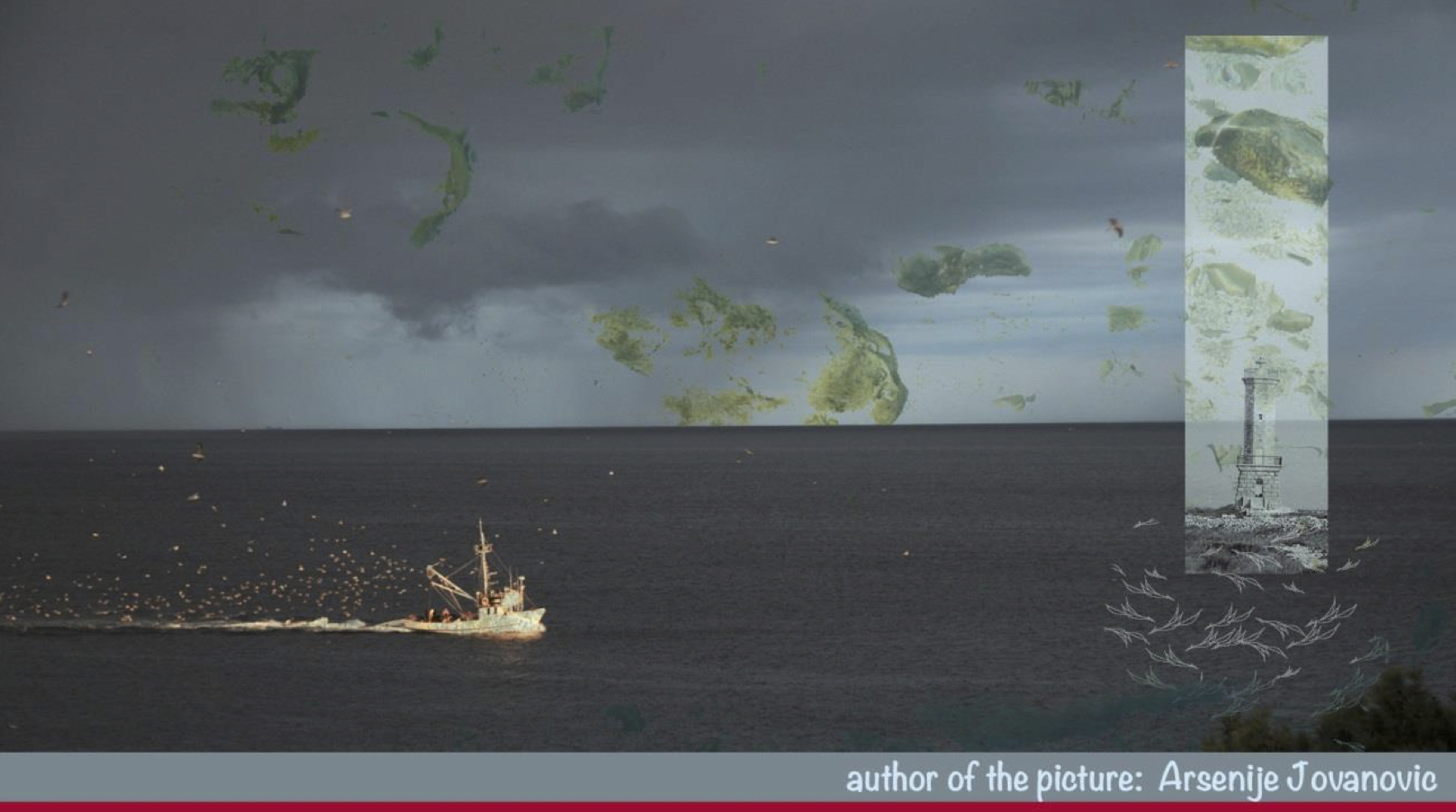 Galiola is the lighthouse at North of Adriatic on a small desert rocky island, far from the mainland, with no inhabitants except thousands of seagulls and lizards, where from time to time I use to spend a day or a night, sometimes longer, often all by myself, years and years while I was sailing around with my boat also named ”Galiola”. As the time went on – this little island and the lighthouse tower became less and less real, both became more my fiction and my obsession than the real thing and started to be a metaphor for all my travels and voyages, the name and an icon on nautical chart more than a real thing. So I am not able any more to explain exactly what Galiola is after all.

Exactly is not the word I like anyway. I always enjoyed reading nautical charts and old pilot books, admiring the names of islands and headlands, trying to understand how these beautiful names were created in deep past, more sublime sometimes than the name we are giving to our own children. In the piece „Farewell Prayer for one Galiola“ a choir sings these names like a prayer. A dreamy story dedicated to the little island and its lighthouse, tall thin tower like the stem of the flower looking to the sky.

This entry was posted in #38 and tagged Kunstradio. Bookmark the permalink.