Poplar, East London: Erno Goldfinger’s Balfron Tower hums. Melanie Clifford & Howard Jacques are two of the artists living and working there with Bow Arts, while the tower awaits renovation. For this 28 minute portrait they recorded and played back on various devices sounds from within the building: the humming of the enormous, ancient heating system; the lifts; radios in the basement; playing marbles in the stairwell and sounds from outside: the derelict playground at the base of the tower; kicking a football; stroking the concrete. The piece is constructed from live improvisational play: all sounds are field recordings played at varying speeds. 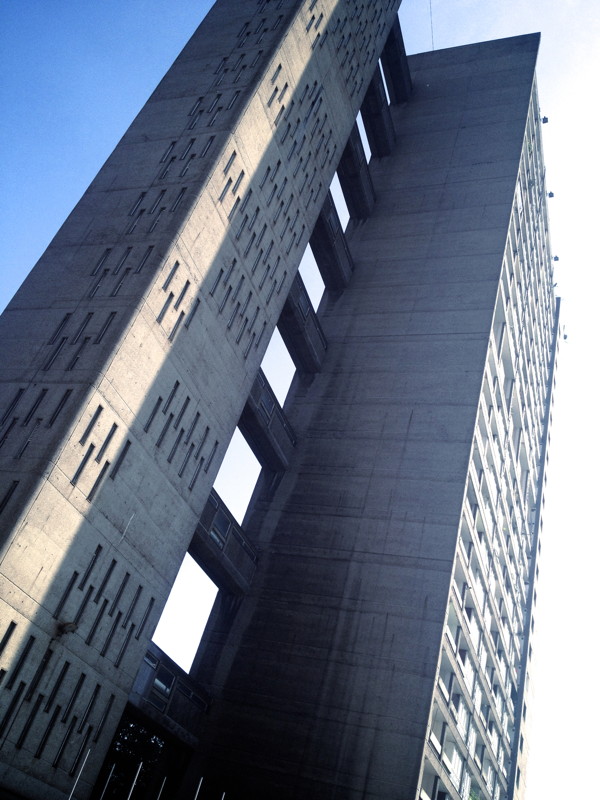 This entry was posted in #36 and tagged Resonance104.4fm. Bookmark the permalink.