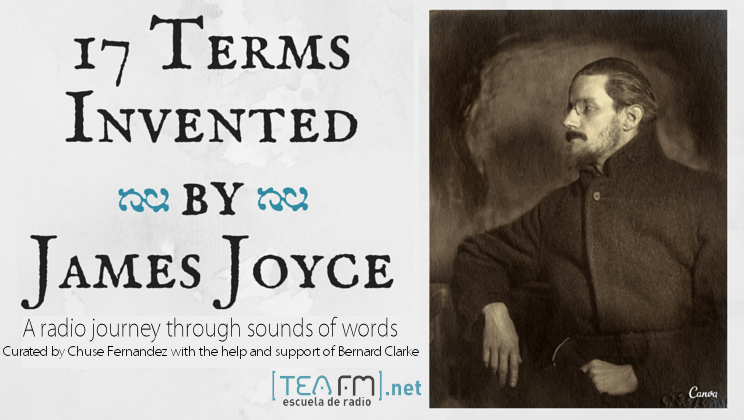 What better way to know James Joyce than his invented words. He was born in Rathgar, on the outskirts of Dublin, in 1882. Although he spent much of his life living and working on the continent — he died in Zurich, Switzerland, in 1941 — Joyce maintained close ties with Ireland, and used it as the setting for all of his major literary works, including A Portrait of the Artist as a Young Man (1916), Ulysses (1922) and Finnegan’s Wake (1939).

Known for his playful and endlessly creative use of words, Joyce invented a whole host of often fairly outlandish words and phrases in his writing, a handful of which have made their way into the more obscure corners of the dictionary. The stories behind seventeen of his most brilliant and most bizarre inventions are explored here.

With the help and support of Bernard Clarke from Ireland. A radioart documentary by Chuse Fernandez.

This entry was posted in #35 and tagged TEA FM. Bookmark the permalink.