Discover Dominique Balaÿ’s project : Meanwhile in Fukushima.
Some tracks here to introduce you to his open sound and collaborative project in support to the japaneses after the nuclear catastrophe.
His « open sounds » creation is a library of sounds collected during his trip to Japan, as well as his proposal to invite artists respond to this material in the form of sound.
More here : http://fukushima-open-sounds.net 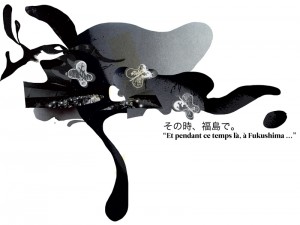 This entry was posted in #33 and tagged Radio Panik. Bookmark the permalink.