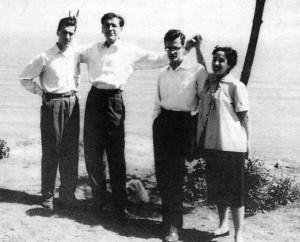 A collaboration that was staged during the Poetry International festival between the Argentine poet Gambarotta and X Static Tics (also known under names like Worm Sound Crew and Dr. Klangendum). Originally played live it is an audio drama in which the text of Gambarotta almost forms a kind of score.

It’s said that at some point in the twentieth century, the great Peruvian writer Mario Vargas Llosa published an essay with the title ‘My Son the Ethiopian’. It was dedicated with mocking irony to one of his teenage sons who, while studying at an expensive London private school, had converted to Rastafarianism. This is dedicated to all those who once were Ethiopian children.

(excerpt of the text;)

I strummed the strings of my satirical sitar

until an incurable headache began

to dance to the rhythm of a nasty little waltz

on the lid of my brains, turning my

senator whose head falls into

his plate of spaghetti. I strummed

I strummed that sitar, but I swear

by my days as a Rastafarian

that this will never happen again. 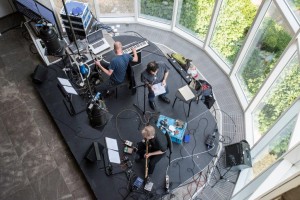 This entry was posted in #33 and tagged RadioWORM. Bookmark the permalink.