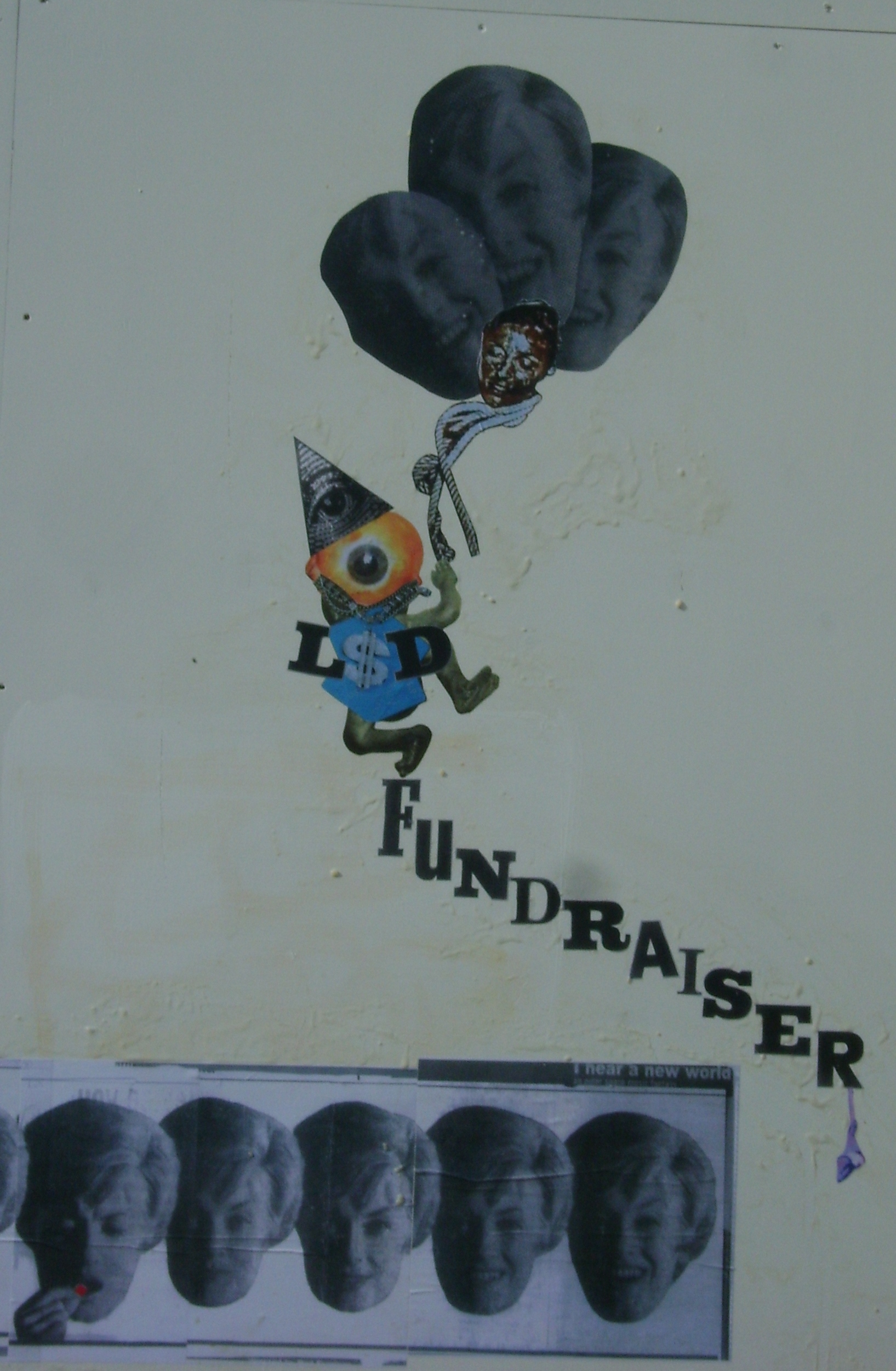 “… a raft of tapes of his musique concrete and sound collage opus, lurid cymbal work, slackened piano strings and reverb boxes and such atmosphere —- a bleak deathly grind – the Fundraiser’s sound is a dark psychedelic funeral.” – Matt Middleton

‘Quaker Hall Hire’ is a tape-based composition which was woven together for radia by Dunedin noise bricoleur L$D Fundraiser, from his extensive cache of found tapes of church recordings. A repeated sample from the answering machine tape from a Quaker hall, with its thrown-away, yet undeleted messages from people wanting to hire the venue, overlays borrowings from various found tapes from the discarded archives of Walter Ballantyne’s ‘N. Z Training Schools for Prophets and Intercessors’. A woozy, tape-quivered psychedelia runs through the piece’s emphasis on voice and mantric repetition, the cassette as found object being filtered through a decidedly outsider sampling process, by an artist with a predilection for splicing together careful, precise collages from the farthest reaches of audio material culture, his own sampled loops of guitar noise and other standard and invented instrumentation layering with the audio from VHS educational videos about raising children with handicaps. This material is then put through a process which equally balances the aleatory and the incisive, embracing both the aesthetics of the mistake and the humour of detourned juxtaposition, with digital files re-dialed through analogue history, time stretched and pulled by re-recording to 4 track off a cassette recorder for blind and handicapped persons with variable speed control. Searching the trash of mainstream political and cult-toned religious culture for clues, evidence of sickness, and strategies of subversion, sharing a language with Burroughs cut up tape-experiments, an aesthetic affinity with Stockhausen’s deconstruction of militarist nationalism (Hymnen) as filtered through the psychedelia of The Faust Tapes, and an interest in the grim side of the discarded excesses of capitalist culture in a way that implies decades-long familiarity with the Re:search Industrial Culture Handbook, while refracting such influences through local sensibilities, this is Dunedin dump-shop musique concrète at its finest.

This entry was posted in #31 and tagged Radio One 91 FM. Bookmark the permalink.