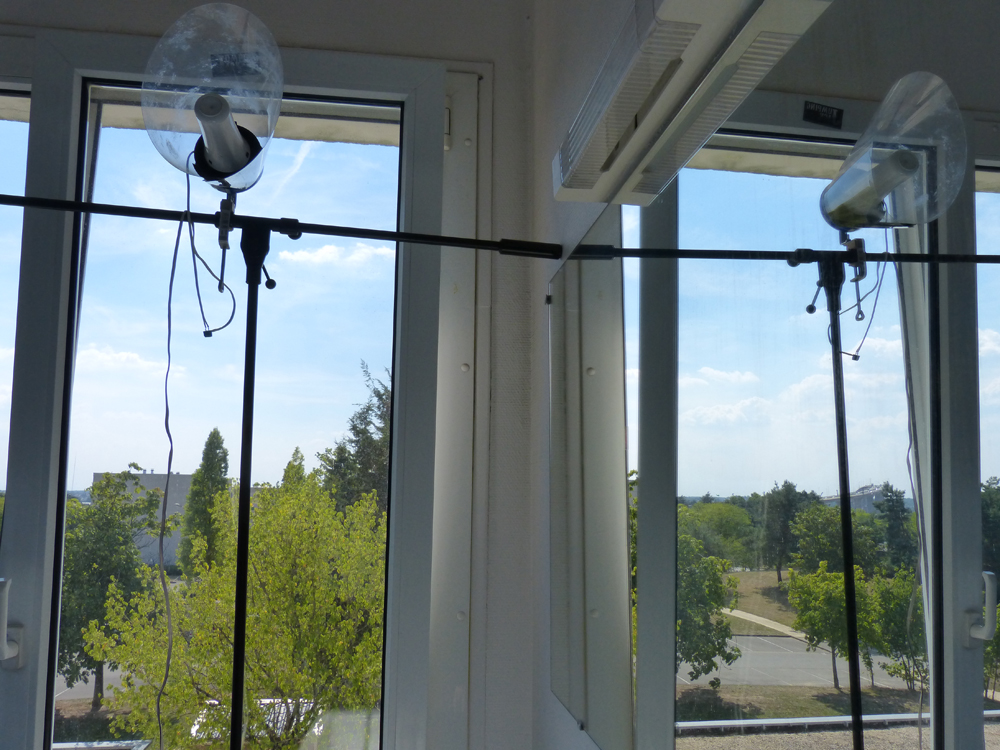 Jet FM asked Luc Kerleo to invade her studios. Several sound-objects were placed in the offices, corridors, toilettes… Curiosly the broadcast studios were not used. Then some people were invited to visit this exhibition made of artificial noises bursting in those different locations around the studios, playing with its acoustic, its visual ambiency, its context… The result is a 28 minutes radio show where Luc Kerleo explain his work and where you can hear the sounds of the exhibition mixed with the music which was on air at that time and some real noises due to people working in the radio.

from signal to space
Luc Kerleo act as a sculptor. He works with moving and instable things like sound, electricity, mechanical movements, liquids and gaz, thoughts. He mainly works with sound for two reasons. First, compared to visual, sound is a discrete manifestation. One of his preoccupations is to make people feel things without having to recover and hide a part of the reality with objects which blocks up or invade the viewing field. Furthermore by listening reality he develops thoughts and reflexion structures which complete our cultural perception of what surrounds us, this perception which on a cultural aspect is mainly based on the visual. Notably the sounding requires us to consider not only what is in front of us but also, and equally, what surrounds us. But then the stake for him is the same than for artists acting in visual. Since it is about representing what surrounds and constitutes us. History and actuality of visual arts (painting, sculpture, installation, drawings, performances) constitute the territory to which Luc Kerleo refers and in which he moves around. Because they are bridges between thinking and action in reality.

This entry was posted in #31 and tagged Jet FM. Bookmark the permalink.