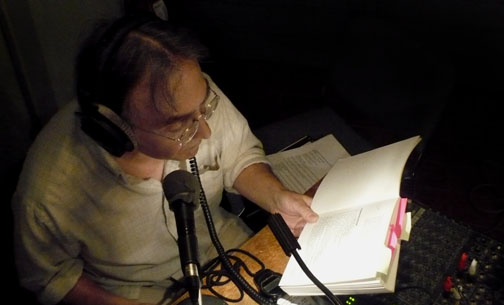 Montréal based audio artist and independent researcher  Mario Gauthier performed an hour-long radiophonic piece containing excerpts of writings and compositions by John Cage for the occasion of his centennial on September 5, 2012. Mario has prepared an abridged version of the original broadcast for radio, the result flows in a stream of consciousness manner weaving  Gautier voice, with Cage’s through text and and sound in  an enticing dialogue. Mario is a member of  the Montréal ensemble Theresa Transistor, and was a producer and host at The CBC in Montréal from 1986 – 2003.

This entry was posted in #29 and tagged CKUT 90.3 FM. Bookmark the permalink.