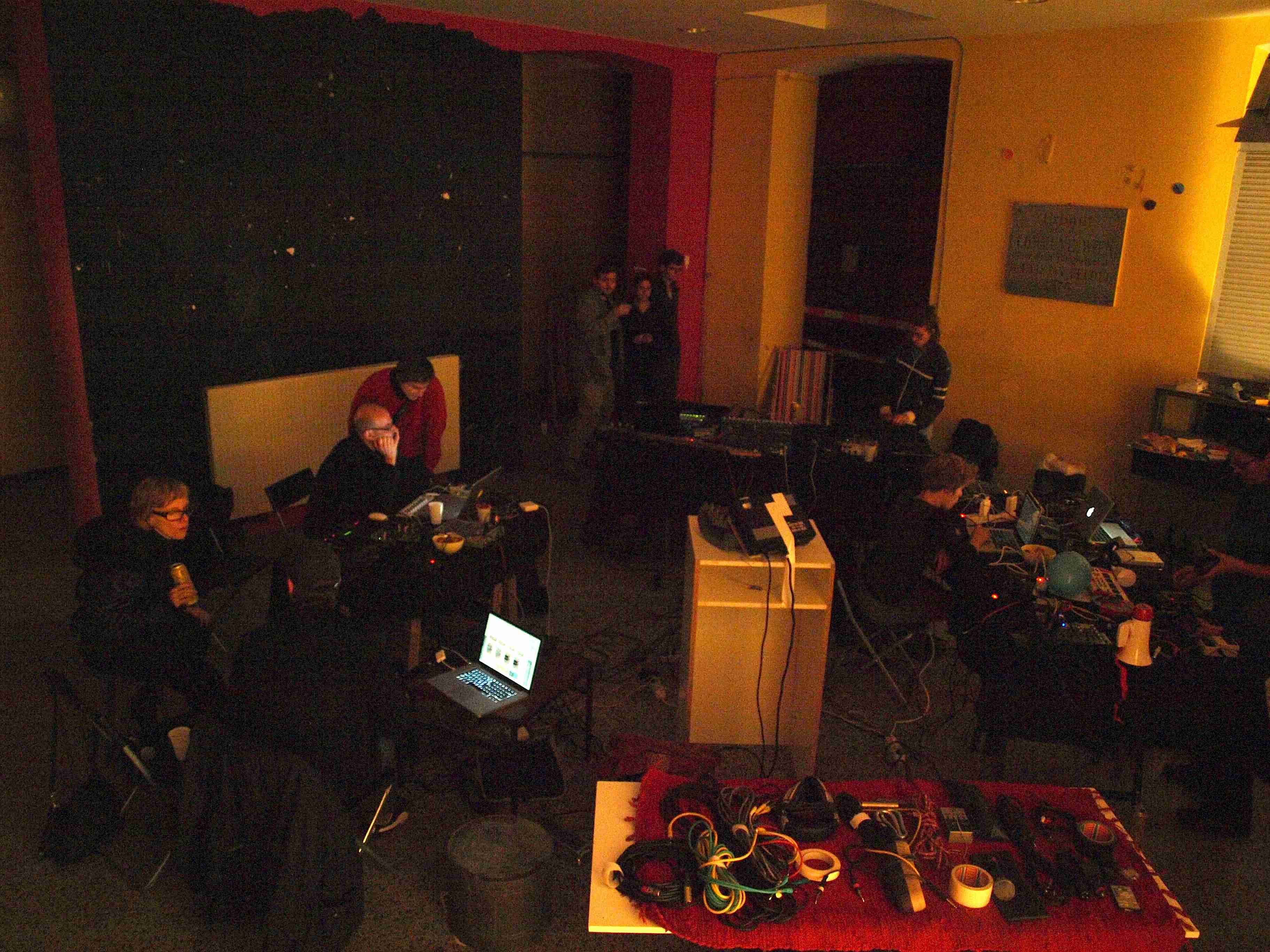 The Elektronik Teatime is an informal monthly event where artists working with electronic media are freely invited to rewire and cook electronic art in the afternoon.

The focus of this workshop-like atmosphere is especially held on the integration of a multitude of different forms of electronic expressions, e.g. literature. The thereby produced acousto-visual output will be presented to the indolent majority of the open public if the producers agree on its quality.

The centre of an eventual focus point addresses artists that are enlightened by the topic and the meaning of the realxed teatime in our modern society of new media. This time artists where encouraged to deal with the idea of Bruchstücke…

The Elektronik Teatime was found as a collective in 2006 by Christoph Jokubonis and Lale Rodgarkia-Dara, then Stefan Fraunberger came along and after he left many others followed, stayed as organisators for a while, left or stayed as participators. Among all of them Stephan Roth, Christian Friedrich, Una Steiner, Reinhard Dundler. At the moment the organisational collective consists of Caroline Profanter, Lale Rodgarkia-Dara, and Anna Steiden.

The current recording you will listen to took place during the paraflow-festival on 23rd of September 2012. Starting with some preparation around 6 pm, many people joined the session and included sound, texts, voice, streamings, and visuals or cakes, analoge and digital. It lasted till 11 pm. Besides the concept of withdrawing performance-pressure from the artists, it’s main goal is some kind of trial-and-error of many different locations and acoustic surroundings, including out-door and no electricity, temporary used spaces or stages. This time the location, which is temporarily used by the Weißes Haus is a former school at Argentinierstraße. The building is a typical Gründerzeit-House built at the beginning of the 20th century providing a school-like atmosphere for those who had gone though Viennese schools and an open interesting acoustic between thick walls for those who weren’t.

The Elektronik Teatime was invited by the music-curators of the paraflow festival Andreas Stoiber and Anna Steiden.

This entry was posted in #29 and tagged Orange 94.0. Bookmark the permalink.