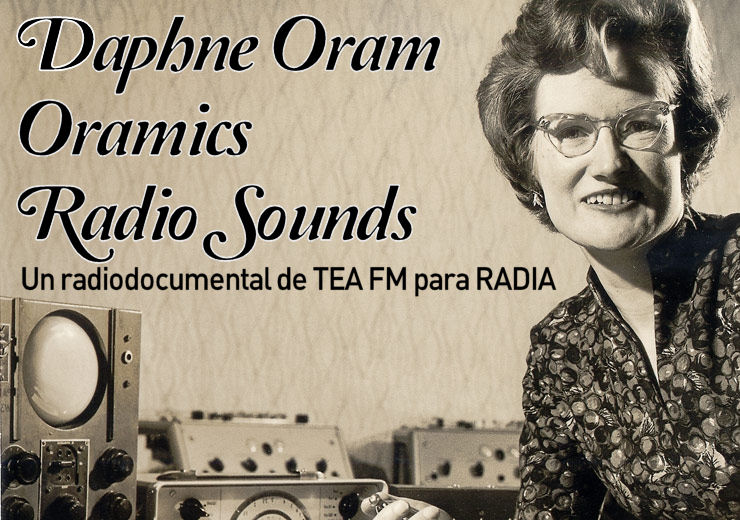 The School of Creative Radio TEA FM from Zaragoza has developed a new radio documentary based on the works and sounds made by Daphne Oram (Dec 31th 1923 – Jan 5th 2003) British composer and electronic musician. She was the creator of the “Oramics” technique for creating electronic sounds.
Developed in documentary form, we will cross the sounds created by her “Oramics Machine” and we will talk with people close to her and her work.

In 1959 she installed her Oramics Studios for Electronic Composition in Tower Folly, a converted oast house at Fairseat, near Wrotham, Kent. Her output from the studio, mostly commercial, covered a far wider range than the Radiophonic Workshop, providing background music for not only radio and television but also theatre and short commercial films. She was also commissioned to provide sounds for installations and exhibitions. Other work from this studio included electronic sounds for Jack Clayton’s 1961 horror film The Innocents, concert works including Four Aspects and collaborations with opera composer Thea Musgrave and Ivor Walsworth.

This entry was posted in #27 and tagged TEA FM. Bookmark the permalink.