Show 339: All That is Solid Melts Into Air by Brett Ian Balogh

All That Is Solid Melts Into Air (Radia Version) is a transmission work that is an extension of the work done for Maximilian Goldfarb’s Deep Cycle (2010). The piece is composed of a series of maps that trace a path through all Radia Network stations in Europe. The maps are then encoded to sound through a protocol for transmission of images over radio known as slow-scan television, or SSTV (in this case, Robot 72s Color). The piece re-interprets the solid as air through the processes of encoding, transmitting, receiving and decoding the map. Through this process, the physical and imagined boundaries depicted on the map become distorted through their interaction with the actual space they intend to represent. 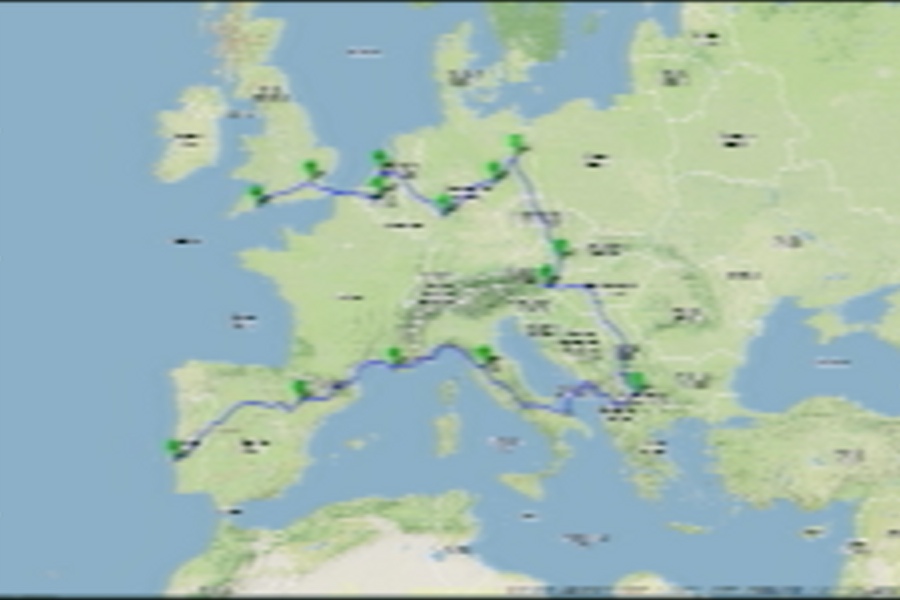 Distortion in image due to sstv encoding/transmission/reception/decoding over a broadband link. Terrestrial radio broadcast/reception can introduce more and varied distortions of the original information.

This entry was posted in #26 and tagged free103point9. Bookmark the permalink.