Show 700: “We all emerge some hours later, baffled” by James Greer and Neil Luck (for Resonance FM) 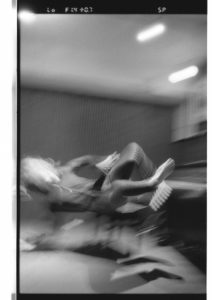 Tokyo is a city in a continual state of performance, a panoply of lives compressed into a dense metropolis. Underneath all the glossy commerce, all the confronting pop culture, all the tourists, however, is the city’s strange and fascinating underbelly – a rich strata of human subcultures. Over one humid, woozy summer weekend James Greer and Neil Luck traverse the marginalia of Tokyo at night, negotiating its train lines, visiting deserted bubble-era ghost towns, underground jazz venues, salaryman drinking spots, and a tiny bar repurposed as a theatre. “We all emerge some hours later, baffled” is their disorienting mix of reconfigured field recordings and half remembered reflections.

This entry was posted in #41 and tagged Resonance104.4fm. Bookmark the permalink.