Show 539: Proposal for a Performance by Jeremiah Day | Radio Papesse

This week show is a radio piece by artist Jeremiah Day, with whom Radio Papesse had the chance to collaborate since his arrival at Villa Romana, in Florence, last January 2015.

This piece constitutes a chapter of the ongoing public talks marking the conclusion of Day’s Doctorate of the Arts project: A Kind of Imagination that has Nothing To Do with Fiction? Allan Kaprow and Hannah Arendt and a Practice for a New Publicness of Art.
Jeremiah Day’s work is a personal exploration of art’s capacity to have a role in public life. This talk – a thought experiment in what would be involved in making a performance in a prison or jail – sits ambiguously between being an artwork itself and a piece of critical reflection on art practice today.

It was recorded on July 15, 2015 at Radio Papesse’s studio at Villa Romana, Florence. 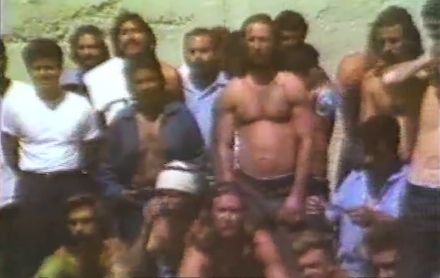 BIO | Jeremiah Day’s work employs photography, speech and improvisational movement. Questions of site and historical memory are explored through fractured narrative and image. In a hybrid form of realism, Day appropriates historical incident to serve as metaphor and exemplification that can shed insight upon broader philosophical and political questions.
Day graduated from the Art Department of the University of California at Los Angeles in 1997 and lived and worked in Los Angeles until moving to Holland in 2003 to attend the Rijksakademie.
From 2000 to 2002 Day was artist-in-residence at Beyond Baroque Literary Arts Center in Los Angeles where he organized such events as The Great Silence: 10 Years After the Burning, commemorating the 1992 riots.
Day’s performances, photographs and installations have been presented at such institutions as the Santa Monica Museum, the Smart Museum at the University of Chicago, the Centre George Pompidou in Paris, the Stedelijk Museum and this year’s Thessaloniki Biennial and his work held in the public collection of Frac Champagne-Ardenne and the Stedelijke Museum, Amsterdam.

A short documentary about last year’s collaboration with the Arnolfini, Bristol is shown here. 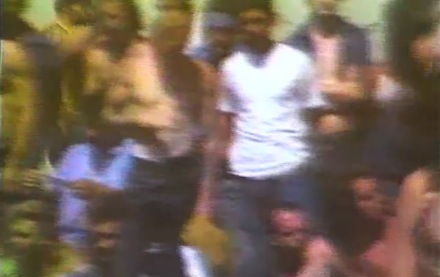 This entry was posted in #35 and tagged Radio Papesse. Bookmark the permalink.