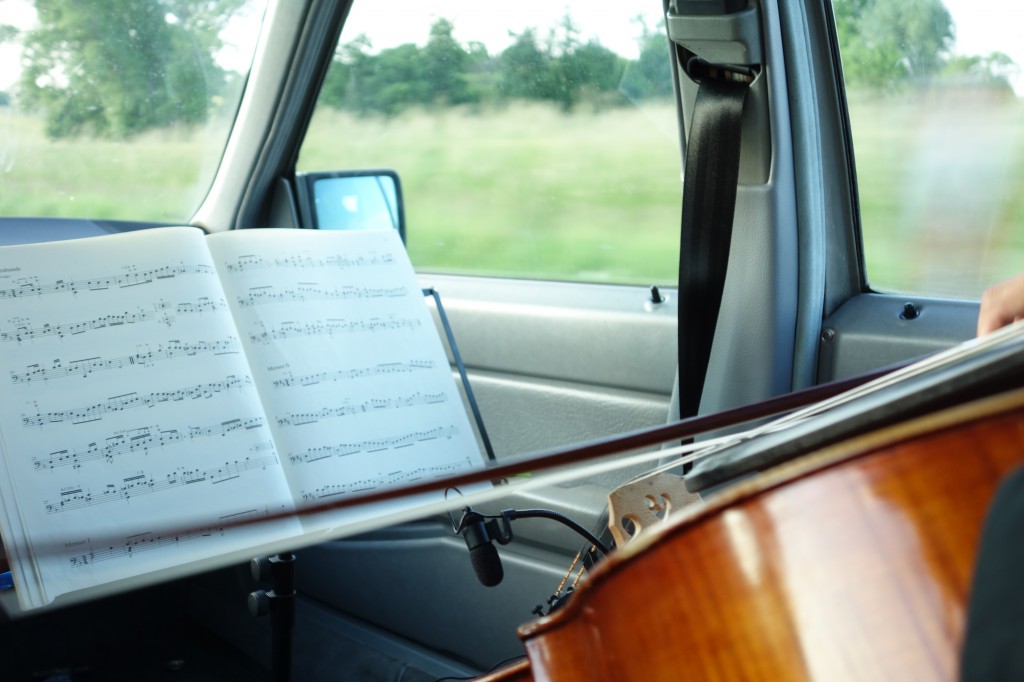 The artists Stian Ådlandsvik and Lutz-Rainer Müller invited two musicians from the Swedish Chamber Orchestra on a road trip from Leipzig to Örebro to play music composed by Johann S. Bach in the car. In this movable mini-concert house, a flute and a cello played compositions written by Bach hundreds of years ago, while the Mercedes engine played the compositions of the motorway. Travelling through three countries, the audience for this concert was maybe just the distance and the velocity of the motorway. Just like the speed of the car blurs details, human memory clouds events, time and distance. One can attempt to hold on to the memories, but the fading starts almost immediately, and goes on to rearrange and delete, until only fragments are left. The recording of this 16 hour drive/concert was compressed to a 30 minutes long sound art piece that reflect on movement, speed and memory.

Stian Ådlandsvik (b.1981) and Lutz-Rainer Müller (b. 1977) have worked together since 2006 and both hold degrees from the Oslo Academy of Fine Art. Ådlandsvik also attended the Hochschule für bildende Künste, Hamburg and Müller attended the Art Academy of Bergen and also holds a degree from the Muthesius Kunsthochschule in Kiel. Their collaborative work process often originates in particular situations or contexts which they either create for themselves or which they react on. As trusted collaborative partners, they use the very circumstance of them working together as a starting point for new ideas. Their reflection upon the collaboration itself becomes a key feature in their work. As a duo, they have exhibited broadly throughout Europe. They live and work in Oslo and Leipzig.

This entry was posted in #32 and tagged Radio Nova. Bookmark the permalink.