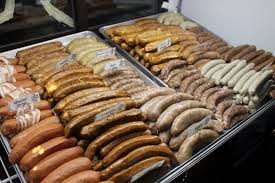 In 1929 Jaromir Vejvoda wrote the ‘Modranska Polka’, named after Modrany, s suburb of Prague where it was played the first time. Since then the song has been played all over the world by people from all countries & languages. The english might know it under the name of ‘Beer Barrel polka’, the german version goes by the name of ‘Rosamunde’. Allthough the melody is always the same -and even the versions don’t differ so much- the lyrics go in all directions. The czech version was a very depressed one about a wasted love (skoda lasky etc.) while the anglosaxons only want to make fun and drink (see the beer barrels). In the meantime, the germans want to get under the skirts of a girl named Rosamunde while the dutch think the song is actually about soldier’s food (rats kuch en bonen).

The reason Dr Klangendum made this piece about a piece is that the song hasn’t left his brain since he was three and heard it for the first time at the wedding of his uncle and aunt. Sometimes he wakes up in the middle of the night, humming the chorus. Sometimes he runs the marathon for kilometers and kilometers in the tempo of the first part of the song (there’s a garden, what a garden).  Sometimes he wants to jump of a cliff, just to get rid of it. Making the piece was the next best thing to do. He hopes you enjoy it and will be contaminated.

This entry was posted in #31 and tagged RadioWORM. Bookmark the permalink.